The Prosperity Laws of Giving

God has set rules in place.  Every living thing on the Earth begins with a seed.  Someone has to sow a seed for anything to come into fruition.  For a human to be born, the man and woman have to participate in sowing the seed.  For plants to be born, a living being has to sow a seed into the Earth’s materials.  For relationships to be born, living beings have to sow a seed.  For conflict to be born, a seed must be sown. For sickness to be born, a seed must be sown.  You may not be paying attention to what to sow, why to sow, who should participate, where to sow, or when is the appropriate time to sow.  This article will briefly go over what to sow, but the remainder will be in Transform Your Habits To Create Your Position of Power book (COMING SOON).

A woman had been in a relationship for ten years with a man that spoke verbally abusive words to her.  Her demeanor changed over the course of their marriage.  She no longer stood upright and looked others in the eyes.  Instead, she walked with her head down.  She became disorganized.  She had a hard time competing tasks.  She became frustrated with herself, and soon she started to get sickness in her body.  How can her marriage change?  How can her disorganization improve?  How can her self worth be renewed?  She needs seeds sown.

In the beginning when God created the Earth and everything in it, He looked at His completed work and said that “It is good”. At that time, there was no sickness because He did not create that.  In the beginning, there was no lack because He created eternally renewable resources on the Earth.  At that time, there was no hatred or conflict because He did not create that.  However, He created beings that were made in His image, and made to create as He had.  He made man and woman with the same ability to sow and reap as He had, and He gave them dominion over that process on the Earth.

Sometimes, you will see situations like the woman.  Anytime someone is not walking in their original God-given authority and state, you must directly address those mis-created seeds by sowing a seed of God.  Sow seeds of love, joy, peace, patience, gentleness, kindness, and self-control.  Uproot weeds planted in the soul.

Here are some things that you should expect to sow:

At all times, you have something to give.  You have access to the Kingdom prosperity for as long as you abide by the Kingdom laws.  It is the GREATEST citizenship that you can possible have.  No country on Earth or religion or Earth can offer the same benefits, but you must choose to walk in them.

When you know that you have a certain amount of money, and you desire something that exceeds what you have, seek for information, ideas, goods, connections, and solutions.  Leave your results below. 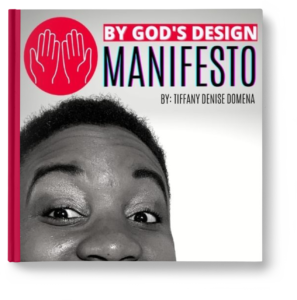