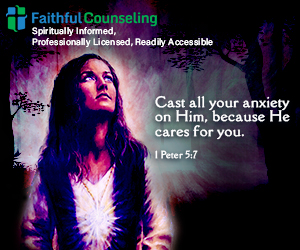 How To Handle Workplace Sexual Harassment (with an Authorized Victim Story)

Often times, victims of sexual harassment feel so much shame!  They don’t handle issues head on because they’re scared, intimidated, or they feel devalued.  They question what’s the “right” thing to do, how the harassment could impact their reputation, or why it happened to them.  By way of over-analysis, they may not solve the problem.  This article was written to discuss how to handle workplace sexual harassment, and I use my personal story to explain. My Story of Workplace Sexual Harassment

I can’t say I’ve ever been raped, but boy, did I come close before.  He was tryin’ to “take my goods”!  It was almost rape and it was SUPER scary.  He was a stranger…somebody I did not know for a whole 30 minutes!

It happened while I was in Iraq.  I was in a war zone, but I have a way of “staying in a bubble”.  Some people would say I’m naive.  Others would say I’m gullible.  I would say I’m in my own world, and I protect it by guarding what I pay attention to.

Blogging makes me laugh so much!

…Back to my story…

I went to one of my Ethiopian girlfriends’ rooms on the other side of the base–across from where my dorm room was.  It was sandy, dark, and far from where I stayed.  In “my own little world”, I did not concern myself with very important facts like how late it was, how we didn’t have street lights on the base, how I would need to catch the bus about 20-30 min. to my dorm, how I would not know the passengers on the bus, or other important things like that.

I had a “thing” about keeping my hair nice in the war zone, so I went to her room to get my hair braided.  The Ethiopian women in Iraq were the BOMB with 4a/b/c kinky/coily hair styles.  They micro-braided my natural hair in such a way that my hair looked like a straw set was put into it.

It was braided but each braid formed a coily, bouncy curl.  If you don’t know what a straw set is, just skim past that description, and know, I loved how the Ethiopian women did my hair!

We had SO much fun playing princess!  They let me dress up in their Ethiopian dresses, they did my make-up, and did my hair SO GOOD.  My hair was incomparable to what I find in San Antonio–where I currently live. How I Met Him

Time flew.  Before I knew it, it was so dark outside, I could not see 10 ft in front of me. The dust in Iraq floated like baby powder in the wind.  The darkness hung over like a cloud, but oddly lingered.

There were no cars driving on the streets, and no people walking.  It was absent of activity outside, and I needed to go to a bus stop and wait on the bus.

After maybe 20 minutes or so, my bus came.  I was the only passenger.  The driver was a man from India.  We did not talk or introduce one another.  I felt VERY awkward, and I kept saying to myself, “Why didn’t I plan this out better?! What am I gonna do if…?!”.

The query of possible circumstances that rolled thru my head manifested into my reality.  I had no idea where the man was driving: if he was going the right way or the wrong way.  All I know is after about 20 minutes of riding, he stopped the bus, and began walking towards me.

My heart started beating.  I couldn’t understand his dialect.  He stretched his hands towards my breast.  I jumped up like a live animal in hot grease.  I knew in my mind that we were the only two out there, and I needed to fight him or let him “have my goodies”.  I said in my mind, “my goods are being saved for somebody!”, which left me with one option, I would have to fight this Indian man. Many people assume rape victims have provoked the predator in some way, but I can attest to the inaccuracy of that claim.  I was fully dressed in my military ABU uniform.  NO skin was showing.  I didn’t attempt to entice him in anyway.

He was unprovoked in regards to seduction.  He was simply and innocently–on my part–attracted to me.  I poised myself to hit him with my M16 (rifle) if he came ANY closer.  When he saw me poised–in my “I dare you” pose–he took his hand back, and stepped back.  I could tell he wanted to bribe me, so he could keep his job, but I was p****d!

The issue escalated up to Washington D.C.  The last person I spoke with was an investigative attorney who called me from the Pentagon.  They said, “It’s a matter that must be handled diplomatically between the Indian officials and the US”.  The last I heard, he had been fired and sent back to India.  It could be true how the issue was resolved.  It may have been swept under the rug.  I may never know. Recommendations for How To Handle Workplace Sexual Harassment

If you are a victim of sexual harassment, don’t blame yourself.  Each person needs to have self-control: predators included.  File a claim with the EEOC right away.  Don’t worry about any of the other voices in your head, and don’t listen to anyone who is telling you to accept or tolerate the behavior and “look the other way”.

If you don’t take care of the issue, someone else can be placed in the same situation.  File a claim with the EEOC as soon as possible!

If you lead an organization, make sure to be clear about your protocol for individuals to report sexual harassment.  Regardless of whether your organization is a religious or non-religious organization, you need to have the right parameters in place to protect others (employees, contractors, customers, and other associated with your company).

If you like what you read here and you’d like to get regular updates on Christian living, starting a ministry, or scaling a ministry to an enterprise, SIGN UP FOR OUR EMAIL LIST HERE.  In addition to our newsletter, you’ll be able to create a free account, get two free websites, 10 free training lessons towards an Internet Marketing Certification, and access to a huge community of ministers and entrepreneurs (who are making things happen using the internet!).  CLICK HERE FOR MORE INFORMATION.

Have you seen workplace sexual harassment?  How did you handle it?  Leave your comments, questions, and feedback below.

What a horrible experience to be a part of. As a male, I have no idea what it would be like in your situation, but thanks to the military training you could self-defend. Unfortunately, every victim doesnt experience the same fate.

My boxing coach has also been apart of this awkwardness with sexual assault but that inspired her to become a boxer. Everybody has a bad moment that will either create you or destroy you.

Hello Erick. Thanks for being sensitive about this. I agree that situations like these create or destroy you. I chose to grow better from it.